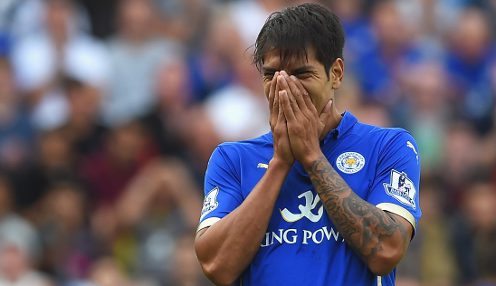 Leicester manager Nigel Pearson says momentum is with his side in their fight against relegation after they beat Newcastle 3-0 at the Kingpower Stadium.

It was a fifth win in six games for the Foxes – with their only setback coming against champions-elect Chelsea in midweek.

Pearson insists the job is not finished after the win lifted Leicester into 17th spot, just a single point clear of the drop zone.

“Momentum is important but off the back of a defeat in midweek – had we not got this result, then again [you can find] things can change quickly. We have given ourselves a better chance,” Pearson said.

Leicester are now within a point of Newcastle as the Magpies horrendous run of results continues.

We have a more realistic chance than we did before we kicked off today.

Pearson knows the importance of this latest win, given how tight things have become with as many as six clubs desperately trying to steer clear of the final relegation place.

“We have a more realistic chance than we did before we kicked off today. Newcastle are having a difficult time but they have still got one more point than us at the moment,” the Leicester boss declared.

Following their win, Leicester are now 7.00 to be relegated from the Premier League this season.

Newcastle are 6.50 to go down, but Pearson paid tribute to the job caretaker boss John Carver is attempting to do for the Geordies in trying circumstances.

“Whatever happens this season I can guarantee John Carver will have done everything in his power to make sure things are right for Newcastle United,” Pearson said.

“He is a pretty selfless man.”

Leicester face Southampton at home next Saturday and they are 2.60 to get another win.