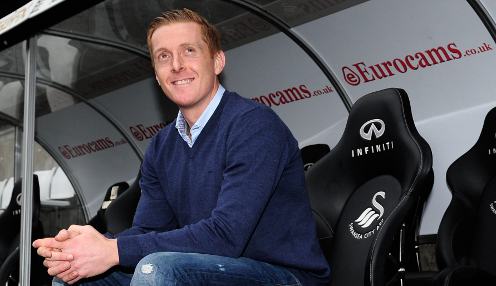 Swansea City manager Garry Monk he revealed he has opened “preliminary talks” to sign a new contract with the club and is “looking forward to the future”.

The 36-year-old was appointed as the new manager of the South Wales club in May last year on a three-year deal. He initially took the reins on a temporary basis after Michael Laudrup was sacked in February.

“I’ve enjoyed every minute of it and have begun preliminary talks on a new contract. I’m looking forward to the future at Swansea.”

Swansea are currently eighth in the table on 56 points – a record total in the top flight – and Monk has also overseen Premier League doubles over Manchester United and Arsenal this season.

The former defender confirmed he has opened talks about a new contract and said he hoped he would be allowed to continue to build for the future.

“I love this club, I’ve been here 11 years,” he told reporters in his press briefing. “You are doing it for the fans and the city.

“I’ve enjoyed every minute of it and have begun preliminary talks on a new contract. I’m looking forward to the future at Swansea.”

Monk made 260 appearances for the club, scoring seven goals, before retiring as a player. He said he hoped to firm up negotiations in the coming weeks and was confident of getting the deal over the line.

“We are in discussions, an outline. We’ll sit down and talk over the next few weeks,” he added.

“It is busy now but, with my agent and the club, it’s about finding time to discuss it. It’s an ongoing process. I’m focused on Swansea, but it takes time.”

Swansea host Manchester City in the Premier League on Sunday and are currently priced 5.00 in the match betting. The draw is quoted 4.00 and the away side are available to back at 1.72.