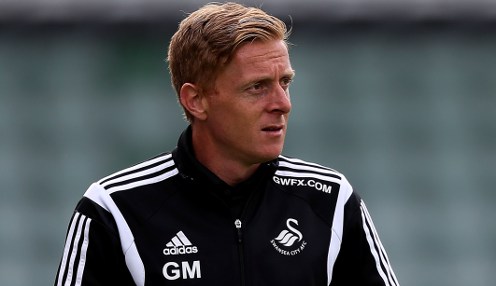 Swansea City have been told by Garry Monk to keep their foot on the gas for the final three games of what has already been a record-breaking season in the Premier League.

The Swans took a firm grip on eighth place with a 2-0 home win over Stoke City and are now within four points of Southampton in seventh, with a possible Europa League spot still yet to be decided.

It is feasible to get into Europe, but we keep our feet firmly on the ground.

And Monk is determined to see his players give their all to try and end the campaign on a high, with the Swans having already registered their highest-ever Premier League points total.

He said after the win over the Potters at the Liberty Stadium: “The carrot (of Europe) is there for us as we have got Arsenal away, Man City home and Crystal Palace away.

“We are under no illusions how tough it will be, but if we perform like we did in the second half, in those games we will be a handful for anyone.

“It is feasible to get into Europe, but we keep our feet firmly on the ground here.

“This game was about consolidating our place in the top ten and we are in control of that eighth spot now. We have beaten our best points tally and you have to find new things to fight for.”

Next up for the Swans is a trip to Arsenal on Monday 11th May, with City having earned a draw and a win on their last two league visits to the Emirates Stadium.