Morgan makes case for the defence 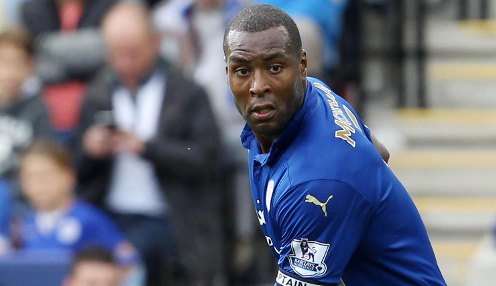 Wes Morgan believes that the experience that is present in the Leicester City defence can prove crucial in their battle against relegation.

The Foxes skipper, Morgan cites the influence provided by Robert Huth since he joined the club on loan from Stoke alongside Matthew Upson and veteran keeper Mark Schwarzer, in the side due to injury to Kasper Schmeichel.

They’re pushing us through and giving us their all – the whole team is trying.

Morgan says all three can play a vital part in the run-in to the end of the season with Leicester bottom of the Premier League table and desperate for wins starting with the visit of relegation rivals Hull City to the King Power Stadium next Saturday.

He told the club’s official website: “They obviously come with a lot of experience. They talk a lot and show encouragement which is what we need. It’s been good for us for the majority of games that we’ve played together. Hopefully it can continue and we can get some results.

“We’ve got a lot of old heads at the back who have some good experience in this league, which is vital. They’re pushing us through and giving us their all – the whole team is trying.”

City have not kept a clean sheet in the league since 10th January, a 1-0 victory over Aston Villa which was also the Foxes last win in the league. In the six league games since they have gained just one point, drawing away at Everton.

That run has left the team bottom of the Premier League table with just 18 points, seven adrift of safety. With a win vital at home to Hull, they are 2.20 to win the game. The Tigers are 3.25 and the draw is 3.30.