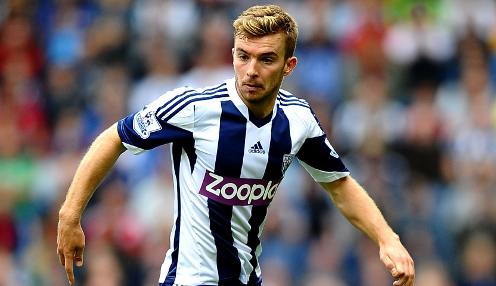 West Brom’s James Morrison has urged his side to raise their game if they are to avoid relegation from the Premier League this season.

The Baggies have suffered four defeats in their last five league outings and now find themselves seven points above the relegation zone.

Having made a positive start to life under current boss Tony Pulis, with just one defeat in his first 10 games in charge, West Brom have lost their way in recent weeks.

Morrison has admitted it’s important his side work hard to turn things around, starting with their clash against in-form Crystal Palace on Saturday, with the Eagles recently securing wins against the likes of Sunderland and Manchester City.

“Our confidence is low, but it’s all about having the mental strength now.

“Palace is probably the one place where no-one wants to go.

“Look what happened to Man City there and then they won away at Sunderland.”