Moses to be given chance to impress 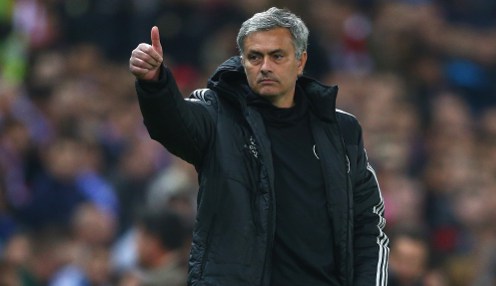 Jose Mourinho has revealed that Victor Moses has every chance of establishing himself in the Chelsea first team this season.

The 24-year-old moved to Stamford Bridge from Wigan Athletic for £9million three years ago but has only started 12 Premier League matches for last season’s champions.

He was loaned out to Liverpool for the 2013/14 season, but only started six league matches for the Reds, and featured in 19 games for Stoke during a loan spell at the Britannia Stadium last term.

It had been thought that the Nigeria international’s time at Chelsea would be coming to an end this summer, but Mourinho insists Moses will be given every chance to resurrect his Stamford Bridge career.

“Okay, he has to play with us. But I’m happy with his week, with his 45 minutes and the next match (against Paris Saint Germain) he will have 45 more minutes. But Victor has had an evolution in the last couple of years.”

Mourinho has also said that teenager Bertrand Traore will not be sent out on loan this season but has confirmed that Filipe Luis is on the verge of returning to Atletico Madrid.

Meanwhile, the Chelsea boss said of his side’s display against New York Red Bulls: “I am surprised by the frailties. We had lots of frailties. I was surprised that we were not good enough in the second half to cope with that.”