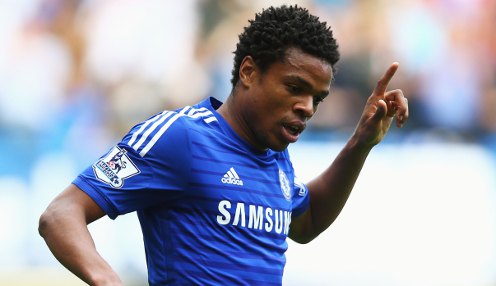 Jose Mourinho has confirmed Loic Remy is fit for the visit of Manchester United.

Jose Mourinho says his job is much easier when Chelsea face big opponents like Manchester United as he doesn’t have to motivate his players.

Chelsea welcome Louis van Gaal’s side to Stamford Bridge on Saturday evening looking to take a step closer to securing Mourinho’s third Premier League title and his first since returning to West London for a second stint in charge.

Mourinho says he would ideally like players to be completely focused each time they take to the field but he admits there is something special about a game against Man United.

“To play Manchester United is to play against one of the biggest clubs in the world and the best teams in the Premier League and I think this is what everybody wants,” the Portuguese said.

“This week I was not worried about motivating players, or players to be focussed on the game and the opponent because there is no need. It’s an easy job.”

Chelsea were denied victory at Old Trafford back in October when Robin van Persie scored a last gasp leveller for United in a 1-1 draw.

They are the matches everybody likes.

The same scoreline at Stamford Bridge on Saturday is 6.50.

Mourinho says it is impossible to avoid a scenario where players are slightly more focused than normal for the visit of Man United.

“Our fight is to have the same motivation and ambition, no matter what opponent.

“But the reality is that these matches are the easy ones – the ones where every player is desperate to play. They are the matches everybody likes.”