Mourinho bites back at “boring” jibes 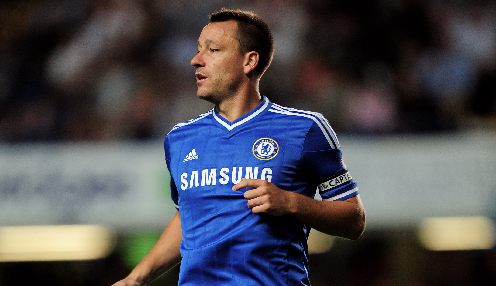 Chelsea manager Jose Mourinho hit back at taunts from Arsenal supporters by suggesting waiting 10 years for a Premier League title is “boring”.

A goalless draw at Emirates Stadium on Sunday, which means the west Londoners will be crowned champions if they beat relegation-threatened Leicester City and Crystal Palace in their next two games, was met with chants of “boring boring Chelsea” from Gunners fans.

Mourinho took a swipe back in his post-match briefing by making reference to Arsenal’s last title success in 2004.

“Maybe Arsenal’s fans were not singing to us. When you want to win the game and you take your striker Olivier Giroud off maybe they want more, maybe they want Giroud and Theo Walcott up front.”

The table-toppers have scored 65 goals in 33 games so far this season – only Manchester City (70) have scored more – and have the best goal difference of +39. The Portuguese coach said he had no issue with sniping from neutrals about Chelsea’s stubborn and methodical approach to recent games if it meant his players secured a fourth Premier League title and first since 2010.

He added: “This boring team has got the second highest number of goals, has the best goal difference. Only Manchester City have scored more goals than us.”

Leicester City are available to back at 5.75 in the match betting and the draw outcome is quoted 4.00. Chelsea are currently priced 1.66 in the 90 minutes market.