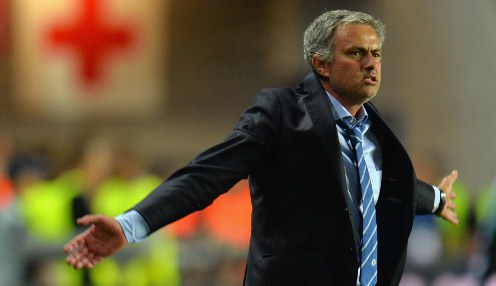 Chelsea boss Jose Mourinho has predicted he will have a better squad at his disposal next season but is not planning to make any big-name signings.

The Blues cruised to the Premier League title and the Capital One Cup this term, and Mourinho’s men are 2.37 to retain their league crown next season.

With the dust having only just settled on this campaign, the west London outfit are already being linked with several mega-money transfers, with a new striker said to be a priority after Didier Drogba left the club.

However, Mourinho claims that he will not be splashing the cash this year, as he did 12 months ago when signing Cesc Fabregas and Diego Costa.

The Portuguese coach believes the priority this summer is to add strength in depth to his squad and claims to be more focused on keeping hold of his star names during the off season.

He said: “Next season will be even better than this season and without big investments, because we don’t want to do that because we are happy with the players.

“Our group is top. The qualities are good. The most important thing in the market for us is not to lose players, I want to keep my players.

Mourinho was speaking after the Chelsea team touched down in Bangkok ahead of the start of the club’s post-season tour.

The Blues faces a Thailand All Star team on Saturday before travelling to Australia for the remainder of their overseas trip.