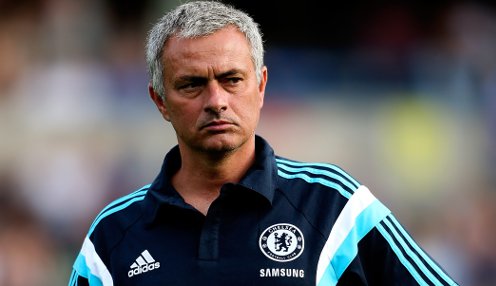 Chelsea boss Jose Mourinho says he has enjoyed the feeling of counting down towards his third Premier League crown.

The Blues boss twice won the title in his first spell at Stamford Bridge and victory over Crystal Palace on Sunday will secure this season’s crown for his side.

Chelsea have led the way right from the start this season and after a brief stutter before Christmas they have been dominant since the turn of the year.

What stays forever is the feeling, the emotion, the memory of the moment.

Mourinho paid tribute to his players for their determination to wrap the league up as quickly as possible and admits he has enjoyed the feeling of counting down the points required to seal victory.

“When it goes to the countdown, I like the feeling that we have to force it. We can’t wait for it,” he said.

“I like the feeling of the last month: come on, let’s go, we need four victories, three victories, two.”

Chelsea are 1.36 to defeat Crystal Palace and wrap up the Premier League crown.

Mourinho has in the past been known to give away his winner’s medal but he has revealed the memories of success are what matter most to him.

The Chelsea manager says he will savour the win and the special moments that have led him to this point.

“What stays forever is the feeling, the emotion, the memory of the moment. I have clear in my memory every one of these moments,” Mourinho said.

“You have like a flash of the people you love most, the people who are with you, a little bit of the most important moments that lead to that trophy.”

Chelsea are 6.50 to defeat Crystal Palace 2-0 at Stamford Bridge on Sunday.