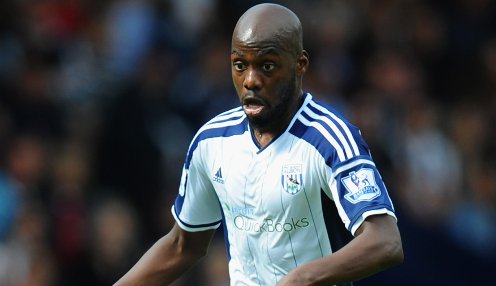 Norwich City boss Alex Neil is confident that midfielder Youssouf Mulumbu will be a good addition to his squad for the Canaries’ return to the Premier League.

The 28-year-old has agreed a two-year contract at Carrow Road after being allowed to leave West Bromwich Albion at the end of last season, with Mulumbu joining fellow former Baggie Graham Dorrans at Norwich, who are 2.10 to be relegated next season.

He’s another fantastic player to add to an already-strong squad going into the Premier League.

And Neil, who led his side to promotion via the play-offs last season, is adamant that Mulumbu will prove his worth, having clocked up more than 200 appearances during his time at The Hawthorns.

Neil told his club’s official website: “His arrival will add to the competition for places. We have a strong squad with a lot of players that have done well in the Premier League and Youssouf will bring competition to the squad.

“He has vast experience of the Premier League, but he’s still at a good age. You generally say that a player comes into their peak between 27 and 32 and he’s right in the middle of that.

“He’s another fantastic player to add to an already-strong squad going into the Premier League.”

Norwich play host to Crystal Palace when the new season gets underway on the weekend of the 8th/9th August, with City having beaten the Eagles 1-0 the last time the two sides met in East Anglia.

In November 2013 a Gary Hooper goal proved decisive and Norwich are 2.50 to defeat their visitors when they meet in August, with the draw 3.30 and a Palace victory 2.75.