Newcastle Takeover Bid: Bruce odds-on to leave before next season with Rafa favourite to return 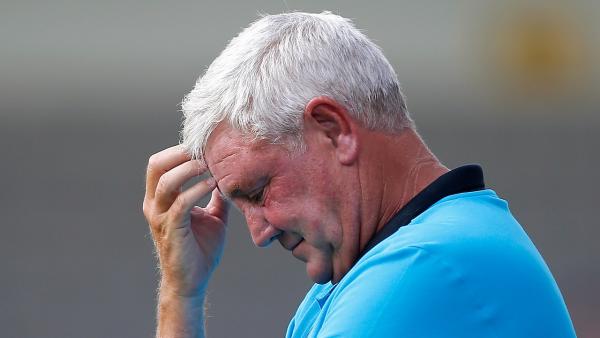 Steve Bruce is available to back at just 4/11 NOT to be Newcastle United’s manager at the start of the 2020/21 season following reports that the north east club are close to a takeover.

A bid understood to be worth around £300m, led by financier Amanda Staveley, moved closer with the news that current owner Mike Ashley has entered into a charge agreement with potential buyers and that the Premier League are understood to have commenced their own checks under its owners and directors test.

Bruce 2/1 to start next season as Magpies boss

Whatever the outcome of the takeover – and it’s worth remembering that we’ve been here before with Ashley – the Betfair traders hold a strong opinion that Bruce won’t get a second season in charge of the Magpies, offering odds of 2/1 that he will commence the 2020/21 campaign in the St James’ Park hotseat.

Despite a satisfactory season to date Bruce has never been a popular figure among the Newcastle faithful, thanks in large to his previous role as Sunderland boss and the fact that he took over from the extremely popular Rafa Benitez.

Benitez stood down as Newcastle boss at the end of the 2018/19 season with Ashley later criticising the Spaniard, stating that his unfair demands made it impossible for him to stay on as manager.

Rafa favourite to be next Newcastle manager

Whenever Bruce leaves Newcastle it is in fact Benitez who is a strong 3/1 favourite to be the club’s next permanent manager, with the next named in the market – Massimiliano Allegri and Steven Gerrard – both priced at 10/1.

It’s highly likely that a takeover of Newcastle is the only scenario in which Benitez would return to St James’ Park, with a promise of a huge transfer budget also likely to tempt the former Chelsea, Liverpool, Napoli and Real Madrid manager.

With this in mind, odds of 3/1 about the Magpies spending over £100m on any player before 31 January 2021 might make some appeal.

Benitez is said to have had a list of some big-name transfer targets while in charge of Newcastle, and should he return to the club then that list is only going to grow in quantity and quality if allowed significant funds to spend.

Magpies to be a force once more?

If a takeover does go through, then whoever is Newcastle manager will be expected to bridge the gap to the big hitters in the Premier League and challenge for domestic honours.

The Magpies can be backed at 4/1 to finish in the top six of the 2020/21 Premier League table, while odds of 7/2 are on offer that they’ll win any domestic trophy – Premier League, FA Cup or EFL Cup – within the next two seasons.

A full list of Betfair’s Newcastle Takeover Specials is listed below: