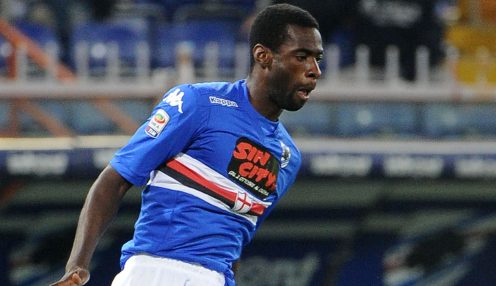 New recruit Pedro Obiang is looking forward to the challenge of making his name in the Premier League after sealing his move from Sampdoria to West Ham.

The 23-year-old midfielder has signed a four-year contract with the Hammers to end a seven-year stay in Italy, having moved there as a youth team player following a spell with Atletico Madrid.

I’m very excited to play in the Premier League. It’s a style of football that will help me to progress as a player

Obiang has also won several caps for the Spain Under-21s side and is relishing the opportunity of trying to impress new West Ham head coach Slaven Bilic.

He told the club’s official website: “I’m very happy to have signed. We have been talking about this for a long time and now I’ve finally got the chance to come here.

“I’m very excited to play in the Premier League. It’s a style of football that will help me to progress as a player, so it will be very good.

“I think Bilic is a manager that can do very well here. I know that he was a West Ham player and he did very well with the Croatia national team.

“He is a manager that likes to play good football and I really like that, so I am sure that we will get along very well.”

Having snapped up Obiang, Bilic and the Hammers have also been linked with interest in Galatasaray striker Burak Yilmaz and Chelsea frontman Loic Remy.

Last season, under Sam Allardyce, West Ham eventually finished 12th in the Premier League, having won just one of their final eight games.