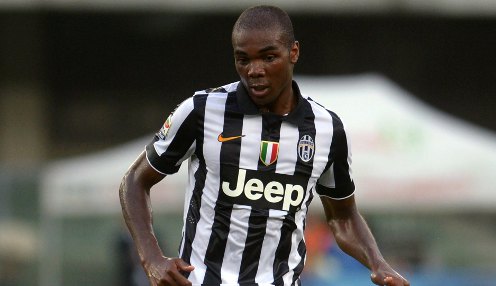 The 27-year-old was on Friday unveiled as the club’s fifth new arrival this summer following on from deals to bring Pedro Obiang, Dmitri Payet, Darren Randolph and Stephen Hendrie to the Boleyn Ground.

“I cannot wait to start working under Mr Bilic and with my new team-mates. I feel ready for this new adventure.”

The east Londoners have a paid a reported £10million to sign defender Ogbonna from Juventus. He made 25 Serie A appearances on his way to a second Scudetto with the Turin giants last season.

Ogbonna said he was excited by the challenge of joining new manager Slaven Bilic and establishing himself in the Premier League.

He told West Ham’s official website: “I am delighted to have joined the club. I wanted to play in the Premier League and am happy to be in London.

“My heart told me that the right decision was to play for West Ham United.

“I cannot wait to start working under Mr Bilic and with my new team-mates. I feel ready for this new adventure.”

Ogbonna, who joined Juve from city rivals Torino in 2013, made 31 appearances for Massimiliano Allegri’s side last season and lifted the Coppa Italia but was an unused substitute in the Champions League final against Barcelona.

West Ham this week booked a place in the second qualifying round of the Europa League following a 4-0 aggregate win against Andorran minnows Lusitanos. They will now take on Maltese side Birkirkara and must progress through three more rounds to earn a slot in the group stage.

West Ham are currently priced 17.00 to finish in the top six in the Premier League next season.