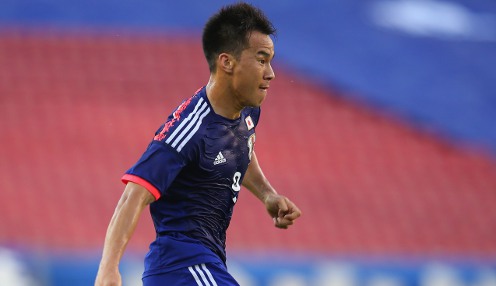 Japanese striker Shinji Okazaki is determined to make a success of his time in England, having agreed a four-year contract to join Leicester City from German club Mainz.

The 29-year-old, who has scored 43 times in 93 appearances for his national side, has opted to try his luck in the Premier League after spending the last four and a half years in Germany, firstly with Stuttgart and more latterly Mainz.

It’s a huge challenge to come here to the Premier League, but I hope I can show everyone what I can do.

And Okazaki, who is the third signing made by the Foxes this summer, following of from the captures of Robert Huth and Christian Fuchs, is keen to show his worth at Leicester, while admitting that he may take some time to adjust to the new challenge.

He told his new club’s official website: “I hear that the Premier League is a very physical division and better for individual talent, so I’m excited to know what I can do in this league.

“It’s a huge challenge to come here to the Premier League, but I hope I can show everyone what I can do.”

The Foxes are looking forward to another season in the top-flight, having completed an amazing escape from relegation last term by winning seven of their last nine league games to finish in 14th place in the table, some six points clear of the drop zone.

Leicester can be backed at 4.50 to be relegated next season, while they are 13.00 to finish bottom of the table and 1.20 to finish in the bottom half of the table.