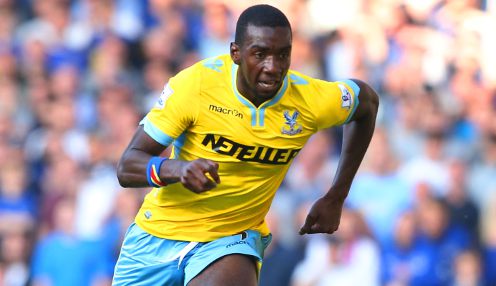 Crystal Palace manager Alan Pardew was full of praise for his wingers as they moved further clear of relegation trouble with a 3-1 win over QPR at Selhurst Park.

One of his wide players, Wilfried Zaha, got Palace on their way, scoring the first while James McArthur and Joel Ward ensured the three points.

QPR got on the scoresheet before the end with a wonderful strike from Matt Phillips, but it didn’t affect the result and Chris Ramsey’s side remains deep in relegation trouble.

After the game Pardew was delighted with the win and in particular his two wingers. He said: “Steve Coppell would be proud. We are famous for wingers here and there was none better than Yannick Bolasie and Wilfried Zaha today.

“I just thought we were very good. We were unlucky in the second half as we lost Jason Puncheon and Zaha.”

We are famous for wingers here and there was none better than Yannick Bolasie and Wilfried Zaha today.

It was Zaha who got the home side off to a good start after just 20 minutes, getting on the end of a cross from Yannick Bolasie.

Victory was effectively sealed just before half-time with two goals in two minutes. Another Bolasie cross was slotted home by McArthur and Ward curled in a low shot past a crowd of players and Rob Green in the QPR goal.

The stunning strike from Phillips ensured the visitors a consolation but they still went down to another defeat, their eighth in nine Premier League games.

It also continued their terrible record away from Loftus Road. Their solitary points on the road were in a victory over Sunderland, but they have lost all 13 of their other away league games this season.

Palace are in action next Saturday, away at Stoke while QPR play a day later, at home to Everton. They are 2.87 to claim a much needed three points, Everton are 2.37 and the draw is 3.40.