Paulinho to be reunited with Scolari 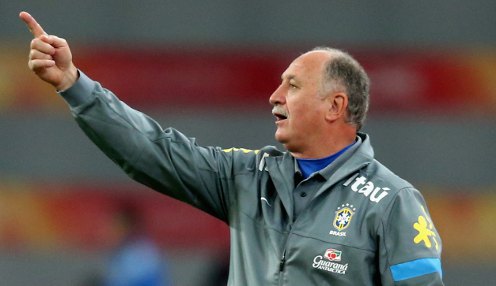 Paulinho’s disappointing two-year spell with Tottenham is set to come to an end after Chinese club Guangzhou Evergrande confirmed they have agreed a deal to sign the midfielder.

The 26-year-old moved to White Hart Lane for a transfer fee of approximately £17million from Brazilian side Corinthians in the summer of 2013 but he has failed to impress in the Premier League.

He is set to be reunited with former Brazil boss Luiz Felipe Scolari at Guangzhou Evergrande after a transfer fee of £9.8million was agreed between the two sides.

Paulinho made 67 appearances for Spurs, although 20 of those were as a substitute, and he failed to come to terms with life in England.

He scored 11 goals, although he only managed to find the net twice in 2014/15, and is set to sign a four-year contract with Guangzhou Evergrande on Thursday.

Erik Lamela, Roberto Soldado, Etienne Capoue and Vlad Chiriches are all reportedly set to also be heading out of Spurs before the transfer window closes at the end of August.

Guangzhou Evergrande are currently third in the league standings as they seek a fifth successive Super League title.