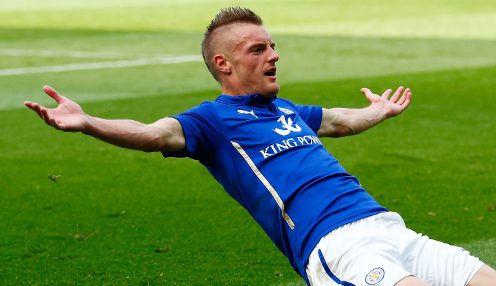 Leicester manager Nigel Pearson praised his side who snatched a late winner at the Hawthorns to beat West Brom and claim a vital three points in their fight against relegation.

The 3-2 away win is their second in a row after they beat West Ham last weekend and means they now sit just three points away from safety.

Pearson said: “We deserved three points, because we never stopped believing we could get something from the game.

“We still have a lot of work to do, but back-to-back wins are very important now and we have to make it three now. We had to try and force the issue late on and Jamie Vardy took the chance late on after we put on that pressure.”

It was the home side who opened the scoring at the Hawthorns, a header from Darren Fletcher going over the line with goal-line technology confirming the goal.

The Foxes were soon back on level terms with David Nugent’s fifth goal of the season but Craig Gardner quickly restored West Brom’s lead, though his shot took a deflection off Leicester defender Wes Morgan.

That was the score until the 80th minute when on-loan defender Robert Huth headed in an equaliser. Then, in the 90th minute Jamie Vardy secured the points for the Foxes with a low shot past Boaz Myhill in the West Brom goal.

Also in the Premier League, Aston Villa also took a huge stride towards survival with a win over Tottenham at White Hart Lane, Christian Benteke scoring the only goal of the game to give Tim Sherwood a vital win against his old club.

However Hull remained deep in trouble, losing 2-0 at Southampton.

Ahead of Burnley’s game at home to Arsenal and with QPR playing Chelsea on Sunday, both clubs have the chance to move out of the bottom three with a win with Hull and Sunderland in danger of replacing them in the relegation zone.