Pearson thrilled as Leicester stay up 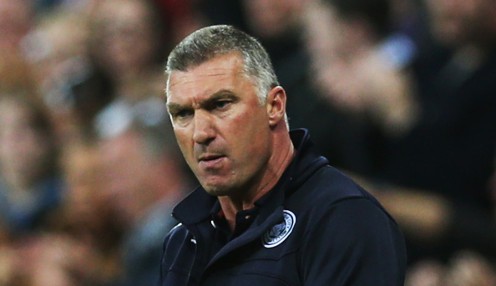 Leicester City boss Nigel Pearson described his side’ achievement as “extraordinary” after they confirmed their place in next season’s Premier League by drawing 0-0 at Sunderland.

The Foxes were compact throughout at the Stadium of Light and, once news had filtered through that Hull were losing at Tottenham, they closed ranks and settled for a goalless draw.

Jamie Vardy had an early snapshot for Leicester that was charged down and Wes Morgan almost put City in front when the ball broke to him following a corner but his left-footed shot was deflected wide by Patrick van Aanholt.

“When you consider our plight a couple of months ago, to go into the final game with our safety assured is quite an unbelievable achievement,” Pearson said afterwards.

“I think the key thing for us even in our darkest moments, there have been a few, the players have continued to support each other and believe in their own ability. That’s difficult when people are questioning your integrity.

“We’ve developed as the season has gone on. This run has been extraordinary, but we’ve needed to do it, because a number of sides have picked up form. We’ve stuck at our job.”

Leicester are 1.61 to win their last game of the season against QPR next Sunday.