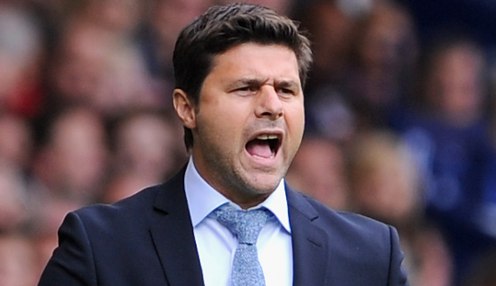 Tottenham Hotspur manager Mauricio Pochettino says he wants three wins from three as the club look to secure European football for next season.

Spurs currently occupy sixth spot in the in the Premier League table, with games remaining against Stoke, Hull and Everton.

Southampton are just a point behind Tottenham in the race for Europa League football, having enjoyed a fine season under Ronald Koeman on the south coast.

Pochettino is desperate to secure European football for next term and has focused on securing nine points from their remaining game.

He said: “This is our challenge now, to win the last three games we have left to get the nine points. Our (first) objective to reach the Champions League is difficult, but if not the Europa League is our target now.

“To be involved in the different competitions, Champions League or Europa League, would be good for Tottenham.

“We want to win the next game, then the next one. This is our objective. There is no need to explain too much.

“I think this is a good thing for the club to stay in the next European competition.”