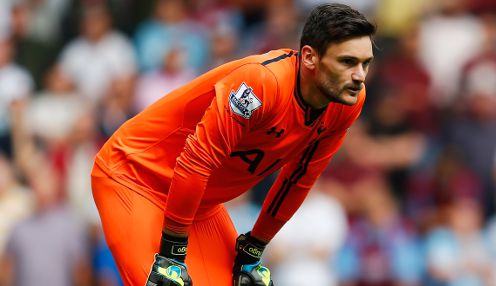 Mauricio Pochettino is adamant that France international goalkeeper Hugo Lloris will still be a Tottenham player next season.

Lloris had reportedly said that he was keen to move to a team that would be playing in the Champions League next season, sparking rumours that he was heading to Manchester United as a replacement for David de Gea, who continues to be linked with a summer switch to Real Madrid.

Spurs will be playing in the Europa League once again in 2015/16 after failing to finish in the top four in the Premier League this term.

He is happy and everything else is just rumour.

Lloris has spent the last three seasons at White Hart Lane following his arrival from Lyon, and Pochettino insists that the goalkeeper is happy at the club.

“There have been a lot of rumours, but Hugo wants to stay with us and we are happy with him too,” said the former Southampton boss. “He is happy and everything else is just rumour.”

Meanwhile, Pochettino was pleased with his side’s display in the 1-0 victory against Sydney FC which was played in front of 70,000 fans at the ANZ Stadium.

Spurs have enjoyed a successful post-season tour, having also beaten a Malaysia XI in Kuala Lumpur last week, with Pochettino saying: “It was a tough game because Sydney FC are a very good team and, after a tough season, our players are a little tired, but we tried to show our skills to our fans here.

“This post-season tour has been all positive.”