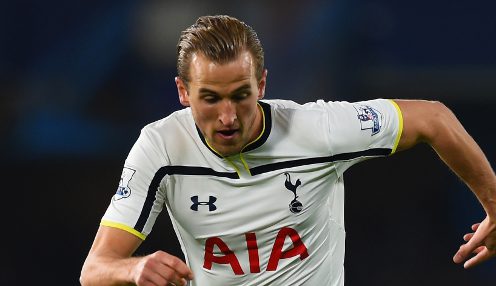 The 21-year-old Spurs striker has become the focal point of Pochettino’s forward line this season and England manager Roy Hodgson has all but committed to calling him into the national team squad for this month’s European qualifier against Lithuania.

Kane could also feature at the European U21 Championship this summer and his club manager is concerned that too much football will leave its mark on Kane.

“We’ll speak with the FA and Harry and take in the season altogether. We’re both in the process of developing our young talent,” Pochettino said.

Kane is likely to lead the line for Tottenham (1.72) when they face Swansea at White Hart Lane on Wednesday evening.

Pochettino admits he would prefer were Kane not to take part in this summer’s U21 Championship.

“Maybe I’d prefer that Harry has a month’s holiday after the season to rest and recover his body and mind. We need to arrive at a deal with the player and the FA,” he said.

“This is my opinion but realise we need to support the national team and to take the best decision for us all. This is our concern – he is our player.”

Kane has been in superb from since breaking into the Spurs first team, already notching an impressive 29 goals in his 44 matches for Tottenham and the England U21 side this term.

He was unable to get on the scoresheet in the League Cup Final against Chelsea on Sunday but he is 1.95 to get back among the goals against Swansea.