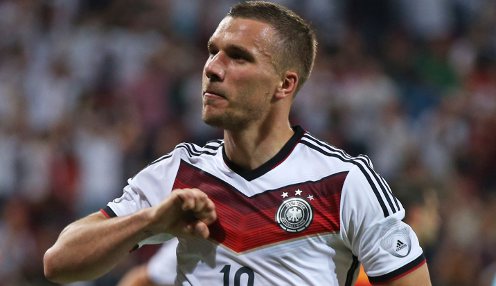 Lukas Podolski’s agent has confirmed that the 30-year-old Germany international is on the verge of leaving Arsenal.

Gunners boss Arsene Wenger allowed Podolski to spend the second half of last season on loan at Inter Milan but he failed to impress in Serie A and returned to London.

Podolski has held a meeting with Wenger to see if he will be part of the first team in the 2015/16 season but he was given no assurances.

His agent, Nassim Touihri, said: “We had good talks with Wenger.

“He wanted to keep Lukas at Arsenal but could not guarantee him a starting position. That’s why we agreed to make a transfer.”

Galatasaray appear to be the favourites to sign Podolski as the Turkish club’s sporting director Cuneyt Tanman has confirmed their interest in the player.

Podolski said recently: “I grew up in a Turkish area and know a bit of Turkish. Champions League football is a must and Galatasaray have made a lucrative offer.”