Premier League 2020/21 Tips: Why Liverpool need to spend big to retain the title 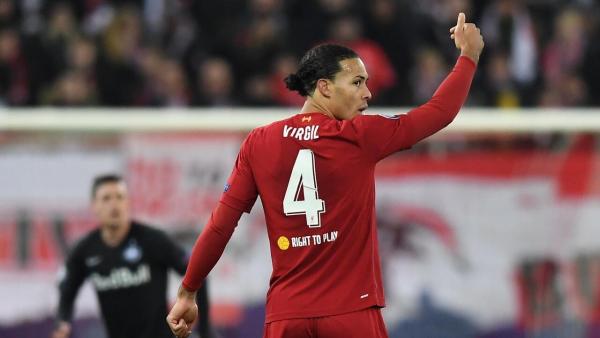 At a time of celebration – and relief – for Liverpool, after an agonising wait to lift their first league title in 30 years, this is perhaps an unpopular moment to warn of harsher times ahead. But Jurgen Klopp no doubt hopes to build a dynasty at Anfield and make sure this team is remembered as the equals of those built by Bob Paisley, Bill Shankly, and Kenny Dalglish; as serial winners.

A truncated pre-season ahead means attention must immediately turn to the 2020/21 season, and as things stand Liverpool are not necessarily in the strongest position to retain the Premier League title.

Manchester City will surely roar back next year, refocused and re-energised by a couple of big signings, meaning Liverpool will most likely need to win close to 100 points once again. Here’s why the club ought to spend big this summer to stay in pole position.

Very few teams in modern football history have maintained their momentum for more than two years. At a certain point things need to be refreshed, either because of a natural decline as players age, opponents working out how to counteract the system, or because the manager’s words no longer carry quite the same urgency. Liverpool have won 96 and 99 points in their last two seasons – and in 2020 there have been some tentative signs they are beginning to slow down.

Klopp’s side won just seven of their final 15 games in all competitions this season, and despite the considerable caveat that Liverpool had nothing to play for across their final seven league games, fans may nevertheless be concerned about performance levels.

Liverpool’s xG stats show them to be a ruthlessly efficient team in front of goal, which is by no means a bad thing but does suggest these tight margins may not be sustainable. According to understat.com, they outperformed their xG by 9.81 goals and conceded 6.57 fewer than expected to give an xPoints total of just 74, some 25 points below their actual total.

Out-performing xG figures is often misread as being lucky, when it is more likely that the enormous difference between Liverpool’s actual points and expected points reflects exceptional finishing, exceptional defending, and their extraordinary mental resolve. However, the difference is big enough to ask questions – and the sight test backs this up.

There have been occasions in 2020 when Liverpool have squeezed through tight games, when getting over the line has felt like a bit of a slog, and it would only take a small dip in form – whether that’s confidence, quality, or fitness – for Liverpool to lose that edge. After all, in the 31 league games it took them to win the title, 14 were won by a single goal.

One reason for the slight decline has been opposition managers gradually honing their tactics. Liverpool’s attacking variety is arguably their biggest strength, making them almost impossible to negate, and yet Watford and Sheffield United in particular have provided their rivals with something of a template for success. This is usually how big teams begin to fade: one club finds the right method, and before long others copy the model.

As long ago as September, Sheffield United showed that a back five is the way to go, because it means three centre-backs can go man-to-man with the forwards while the wing-backs push up to close down Trent Alexander-Arnold and Andrew Robertson, leaving Liverpool’s workmanlike midfield with static possession. Chris Wilder’s side lost 1-0 after Dean Henderson let a tame shot squirt under his body.

Since then, Wolves, Arsenal, and Everton have all at least come close to taking points with a back five, and yet surprisingly few opponents have opted to do the same against Liverpool. That will surely change sooner rather than later.

Watford’s approach in their 3-0 win in March wasn’t novel, but it did prove extreme defensive organisation and simple, long-ball counter-attacks can work against Klopp’s men. Nigel Pearson essentially played a back six, using his wingers to get tight to the Liverpool full-backs, and then instructed his players to swing long balls into the flanks, avoiding Virgil van Dijk’s side.

Watford were the first English team to take points against Liverpool’s first team since Man Utd in October. Since then, a further five clubs have done so. Something psychological shifted that day.

Liverpool fans might look back on the club’s decision not to sign Timo Werner, on the basis Klopp could not guarantee him first-team football, as a symbolically significant moment for this side. That kind of loyalty towards the current first 11 is not something that bothers Man City, for example, who rightly assume the likes of Riyad Mahrez and Bernardo Silva are happy warming the bench half the season if it means winning trophies.

To win 90+ points year after year, Liverpool need to be able to rely on players beyond their starting 11, and recent evidence suggests the current crop just aren’t at the Werner level. In the 0-0 draw with Everton, for example, Alexander-Arnold was considerably less effective without Robertson counter-balancing him on the left, while the front line was much slower with Takumi Minamino instead of Mohamed Salah. 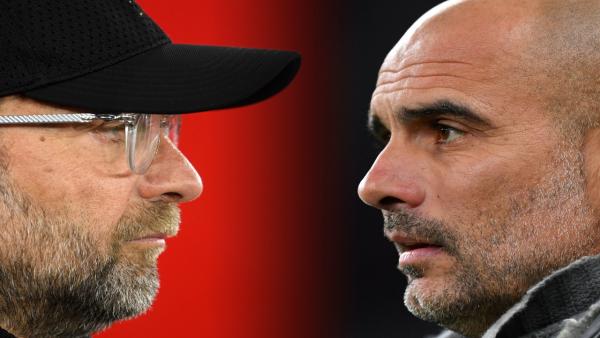 It was a similar story for the draw against Brighton, with Neco Williams and Curtis Jones in the side, and consistently this season Liverpool’s finely-tuned attacking rhythms have been disrupted by small changes. One major injury could be all it takes, then, to knock Liverpool by just enough to give Man City the advantage.

Reasons to be positive…

But pretty much every argument made here could have been presented 12 months ago, when Liverpool missed out on the title despite winning 97 points. Back then, every pundit thought their levels were unsustainable for a second year and Liverpool would fall away – only for Klopp and his players to prove us wrong despite spending just £9 million in the summer.

What’s more, there is a good chance Minamino will find his feet next season, becoming a key member of the side, while Naby Keita’s exceptional performance in the 5-3 victory over Chelsea suggests he may finally be ready to become the line-breaking presence in central midfield Liverpool have been missing since Philippe Coutinho left the club.

If there is one man who can be relied upon to consistently upset the odds, it’s Klopp. We have been here before, predicting a slowdown that never came. But surely even this Liverpool team cannot sustain three consecutive years at the very top of the game, at least not without spending big.