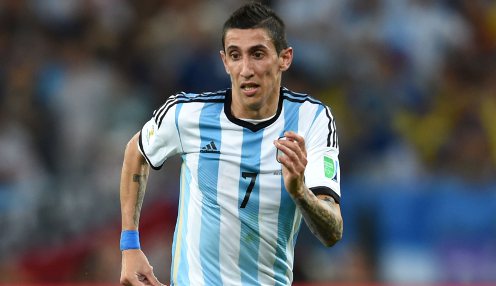 Paris Saint-Germain target Angel di Maria was on Saturday expected to report back to Manchester United on the club’s pre-season tour of the USA.

“I have read a lot of interesting players that Manchester United could buy. It is not true with every player but I cannot say that.”

The announcement came amid the backdrop of speculation the Ligue 1 giants were ready to announce di Maria’s £45million signing, while influential Spanish publication Marca was also reporting the former champions had opened talks with Barcelona about signing Pedro as his replacement.

“I expect him tomorrow,” said van Gaal in San Jose on Friday.

“We have communicated on that. Di Maria, Marcos Rojo and Javier Hernandez have responded.”

United signed di Maria last summer for a British transfer record fee of £59.7million from Real Madrid but he only scored three Premier League goals in a frustrating season and reports have suggested his family have failed to settle in the north of England.

United face Spanish champions Barcelona at the Avaya Stadium in Santa Clara on Saturday (21:00 BST), before completing their tour with a game against PSG on Wednesday, 29th July.

Van Gaal has been linked with a host of marquee players but refused to be drawn on targets and said he would keep his cards close to his chest.

He said at a press conference: “I never answer the question because I cannot. I want to but it is not good for Manchester United, for the players and for me.

“Every word is one word too much. I have read a lot of interesting players that Manchester United could buy. It is not true with every player but I cannot say that.”

Manchester United are currently priced 6.00 to win next season’s Premier League title and quoted 21.00 in the Champions League outright betting.