Pulis planning for Berahino to stay 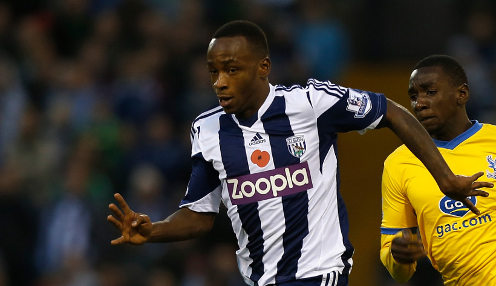 The 21-year-old has scored 12 Premier League goals this season and reports have suggested he is being earmarked as a key summer target by a number of Premier League clubs.

“He has been brilliant this year, I don’t know what is going to happen next year. I think the kid should stay, I have said that to him. He is enjoying his football right now.”

Earlier this year, Pulis was forced to react to an interview in which his striker expressed a desire to move to a bigger club, but he now feels he has matured and can build a future for himself at the Hawthorns.

“He has been brilliant this year, I don’t know what is going to happen next year,” Pulis told reporters.

“I think the kid should stay, I have said that to him. He is enjoying his football right now.

“He has a better rapport with everybody around the football club and is a better lad than when I first walked through the door.

“He is more open, together and integrated in the group. I think he could do with another 10 years at West Bromwich Albion.”

Pulis fears Berahino, who has not scored in the Premier League since early March, is suffering from shouldering too much of the work in attack and feels he is ready for a rest.

“I am more concerned about the amount of the games he has played. Saturday at Newcastle, we gave him a little bit of a rest,” Pulis said.

“It is a not a physical burn-out, it is a mental burn-out as much as anything else.”

West Brom end the Premier League season with a trip to Emirates Stadium on Sunday and are currently available to back at 10.00 in the match betting. The draw outcome is quoted 5.50 and Arsenal are priced 1.28.