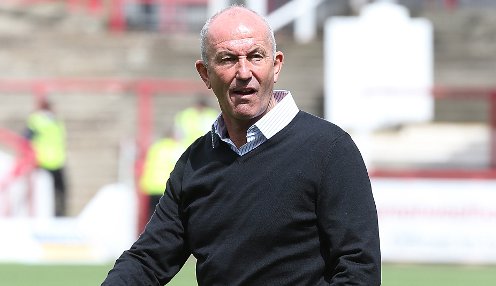 West Brom manager Tony Pulis hopes James McClean can get his career back on track at The Hawthorns after signing the 26-year-old from Wigan Athletic.

The Republic of Ireland international winger becomes Pulis’ first signing of the summer after spending a difficult couple of seasons with the Latics, who will be playing in League One in 2015/16.

McClean has penned a three-year deal with the Baggies after scoring nine times in 73 league appearances for Wigan.

He made his name at Sunderland where he found the net seven times in 59 Premier League matches and Pulis hopes he can return to the form he often showed for the Black Cats.

The former Stoke City and Crystal Palace manager said: “James has had a couple of indifferent years with Wigan but he did well at Sunderland and we’re very pleased to have him on board.

“I am absolutely confident that he can fulfil the potential to come back and be a big player for us. He’s got pace, he’s left-footed – so he gives us a good balance in the side – and he can score goals.”

West Brom are available at 6.00 to win their first Premier League match of the season on 8th August against Manchester City and are 4.00 to finish in the top half of the table in 2015/16.