Ramsey wants to stay with QPR 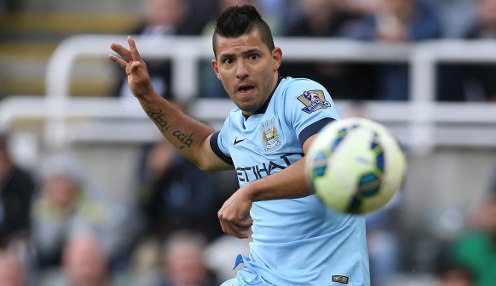 QPR manager Chris Ramsey has expressed his desire to stay at Loftus Road despite the club’s relegation from the Premier League.

Rangers’ fate was sealed following a 6-0 defeat at Manchester City, a game they needed to win to have any chance of avoiding the drop.

Asked on Sky Sports whether he wanted to stay, Ramsey said: “Yes I do. It’s a club I’ve taken to my heart.

“A lot of players today were playing with injuries that in most situations they wouldn’t have played with.

It’s a club I’ve taken to my heart.

“At the moment I’m very disappointed and gutted, more about the performance because that isn’t really us. From my personal point of view I’d like to thank the owners and the fans for backing us like they have.”

QPR have conceded the most goals in the Premier League this season and bad defending was again a feature of this latest defeat in which Sergio Aguero scored a hat-trick with further goals from Aleksandar Kolarov, James Milner and David Silva.

The London side needed to win all their three remaining games, starting at the Etihad Stadium, but it never looked likely at the home of the former champions. City opened the scoring on just four minutes and were two up at half-time.

Four second-half goals added to the visitors despondency as they succumbed to relegation after just a season back in the top flight. They are bottom of the table nine points from safety.

City have conceded their title to Chelsea but are now clear in second place in the table, three points clear of Arsenal who play Swansea on Monday night.

City are priced at 4.00 to win next season’s Premier League. Rivals Manchester United are priced at 5.50 and this season’s champions Chelsea are 2.37.