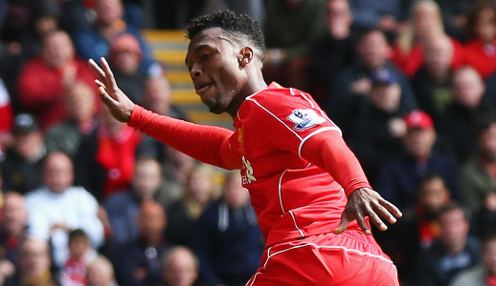 Liverpool manager Brendan Rodgers says he will try and get the maximum possible out of fit-again striker Daniel Sturridge before the end of the season.

England international Sturridge has missed a large part of the current campaign due to injury problems and has been below his best in recent games.

We want to get as much out of him this season as possible.

However, Rodgers says he is not expecting Sturridge to be in top shape until next season, as he prepares his side for a Monday evening clash with Newcastle United at Anfield.

He told the Echo: “Daniel was a long time out. When you’re out for that length of time, it maybe takes you the same amount of time to get back to that level again.

“The key for him was to get back and be fit, but he needs a good pre-season under his belt, a total run at pre-season and hopefully he’ll be fine for next season. Until that point we have to maximize what we can get out of him.

“I won’t spare anyone if I feel they can contribute and be effective for us. If it fits the work of the team, then I’ll do that.

“Then it’s a case of how we think he can be best used, whether that’s from the start or coming off the bench. We want to get as much out of him this season as possible.”

Sturridge has netted just four Premier League goals so far this term, having scored 21 times last season as part of a dynamic partnership with Luis Suarez.

The frontman can be backed at 2.87 to score the first Liverpool goal on Monday evening and is 1.90 to score at any time, with the Reds 7.00 to secure a 2-0 victory on home turf.