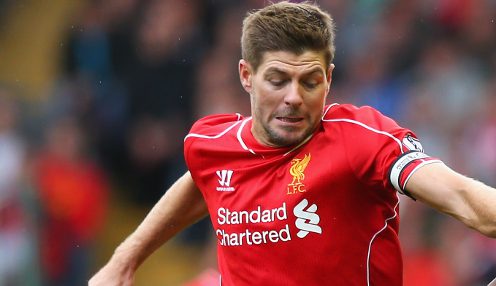 Liverpool boss Brendan Rodgers has admitted that skipper Steven Gerrard will be ‘irreplaceable’, but says that his club have to try and move on in the summer.

The 34-year-old former England international midfielder will bring down the curtain on his Anfield career on Saturday when the Reds play host to Crystal Palace, with Rodgers admitting that he faces a massive task to try and fill the gap left when Gerrard moves to the USA to join LA Galaxy.

He is irreplaceable in terms of what he is, but you have to keep moving forward as a club and a team.

He told reporters ahead of the clash with the Eagles: “Not having him here will be a hole and a miss. He has shown he is one of the few genuine world-class players.

“He is irreplaceable in terms of what he is, but you have to keep moving forward as a club and a team.”

Gerrard can be backed at 2.75 to score at any time against Palace and is 4.50 to be the first goalscorer for his side, while the Reds legend is 7.00 to net the final goal of the game.

Meanwhile, Rodgers has no doubts that Gerrard will be able to cope with what promises to be a day of high emotions at Anfield on Saturday.

He added: “In terms of trying to control emotion it has been very simple. The attitude of all the players has been first-class, Steven in particular.

“His standards are such that no matter what the occasion or the focus he is very much concentrated on training hard every day.

“Steven doesn’t like the focus and attention, but it is brought on because of his star quality. He will want, more than anyone, to win the game for the team.”