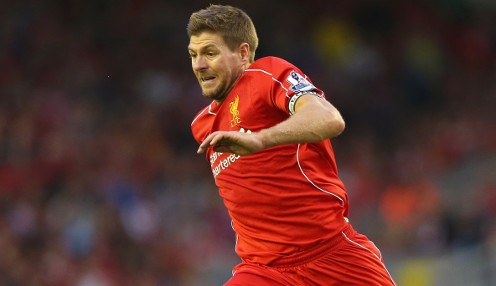 Liverpool have no intention of being spectators to Chelsea’s Premier League title-winning party at Stamford Bridge on Sunday, says manager Brendan Rodgers.

The capital club wrapped up a fourth championship last Sunday with three games to spare thanks to a 1-0 win against Crystal Palace.

“Chelsea are obviously deserved champions, they’ve been the best team, but all we can do is control the last three games, look to win those and see where we end up.”

The Merseysiders have their own agenda and Manchester United’s three-match losing run has left the door open for Rodgers’s men to mount a late push for the final and coveted Champions League spot.

The Northern Irishman said he trusted his players’ professionalism and insisted there would be no star-gazing or shirt-swapping.

“We’re going into the game at the weekend looking to win,” Rodgers told reporters in his pre-match briefing.

“Chelsea are obviously deserved champions, they’ve been the best team, but all we can do is control the last three games, look to win those and see where we end up. I’m purely focused on the game.

“I congratulated [Chelsea boss Jose Mourinho]. They’re the deserving champions and to win it with a few games to go is obviously pleasing for him.

“But it doesn’t take away from what we’re looking to do and we want to finish the season strong.”

Jose Mourinho has denied his Chelsea players were given time off to celebrate winning the title and Rodgers said he expected full focus from the champions.

“I think if they’ve had a few days off then they deserve it,” he added. “They’ve won the league and they can celebrate that.

“They’re top players, professional players and every game is important for them and they’ll look to go into our game and win that.”

Chelsea are currently priced 2.05 in the match betting. The draw outcome is quoted 3.50 and the visitors are available to back at 4.00 in the 90 minutes market.