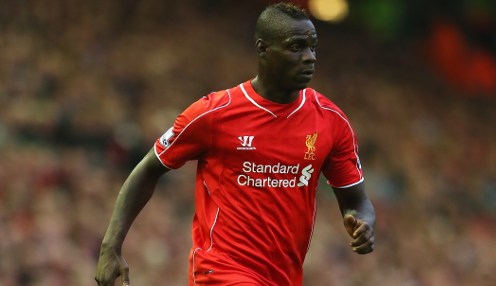 Liverpool manager Brendan Rodgers has confirmed his priority is to address a lack of goals in the summer transfer window.

The Merseysiders have scored only 47 goals in the Premier League so far this season – compared to a final total of 101 when finishing runners-up to champions Manchester City last term.

“What I’ve said is we have been short of goals this season, but that’s not the strikers, it’s the whole team.”

The sale of Uruguay striker Luis Suarez to Barcelona in the summer has clearly blunted the top-four hopefuls, while an injury to England striker Daniel Sturridge, who has scored only four goals in the top flight this season, has prompted Rodgers to go on the offensive.

Ambitious signing Mario Balotelli has only netted once in the top flight and fellow new arrival Rickie Lambert has scored only twice for his boyhood heroes.

Liverpool have been credited with an interest in Aston Villa’s Belgium striker Christian Benteke and Rodgers has made no secret of his desire to beef up his attacking options.

“Come the end of the season you look to improve the squad,” Rodgers told reporters.

“What I’ve said is we have been short of goals this season, but that’s not the strikers, it’s the whole team. Wide players, midfielders, defenders. These are areas we want to improve on.”

Liverpool are seven points off bitter rivals Manchester United in the coveted fourth and final Champions League place but Rodgers said he had still not given up hope.

“It’s never over until final whistle blows,” he said. “We have to keep working to the end. The players will give absolutely everything. This isn’t a team lacking effort or commitment. They will fight right to the end.”

Rodgers confirmed midfielder Lucas will return on Saturday against QPR, while Mamadou Sakho and Mario Balotelli – who picked up an injury at Hull – will be absent.

“It will be a very tough game,” Rodgers added. “Chris [Ramsey] has got them very well organised, they are pressing the ball high up the field. Young Charlie [Austin] and Bobby Zamora are a real handful. We respect them but focus on ourselves.”

Liverpool are currently priced 26.00 to secure a top-four finish in the Premier League at the end of the season.