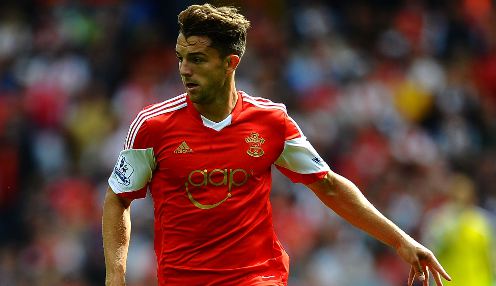 Southampton head coach Ronald Koeman hopes to have striker Jay Rodriguez available for selection before the end of the current Premier League season.

The 25-year-old has not featured at all so far this term after suffering a serious knee injury against Manchester City last April, but the England international is now set to join up with the Saints first-team squad to play a part in training.

He is putting everything in to get back, but we are not in a hurry.

And Koeman is eyeing a major boost for Rodriguez if he can take to the field before the summer, although he is aware that the final game of the season sees the men from the South Coast face City once again.

The Dutchman told reporters ahead of a trip to the Britannia Stadium to take on Stoke City on Saturday: “I hope that he can play a part in one of them maybe last one.

“Maybe it will be on one side a tough one (to return in) because it is Man City and he got this injury against them.

“He is putting everything in to get back, but we are not in a hurry. If he comes back he has to be 100 per cent and that’s most important.”

Southampton are still chasing a possible top-four finish in the Premier League, although they trail fourth-placed City by five points going into the weekend action.