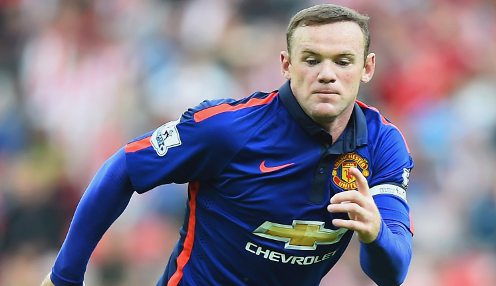 Wayne Rooney says he is ready to take on the mantle of becoming the focal point in attack for Manchester United again.

This summer’s departures of Robin van Persie and Radamel Falcao has opened the door for England captain Rooney to re-establish himself as the club’s leading goal-getter. The 29-year-old has often been played out of position by manager Louis van Gaal, but, with new signing Memphis Depay still settling in and doubts surrounding the future of Javier Hernandez, Rooney feels he is ready for his turn in the spotlight.

“We know what is expected of us and what we have to do and are positive and excited for the season.”

He told reporters: “Obviously I’m working on getting fit and ready for the start of the season. I’ve never really been one to set personal targets, just to do well for the team.

“It [striker] is a position where I think I can score goals. Hopefully I can do that. I’m ready to take that mantle on and be the one who gets the goals for us.”

Rooney said with the additions of new signings Depay, Bastian Schweinsteiger, Morgan Schneiderlin and Matteo Darmian, the former champions can avoid the same disastrous start to last season which saw the club win just one of van Gaal’s first six games in charge.

Speaking ahead of Saturday’s pre-season friendly against Barcelona in California, the former Everton star said he expects United to hit the ground running.

“At the beginning of last season the manager told us it would take a while to adapt to the changes,” he said.

“As a group of players you don’t think it will but towards the end of the season, from Christmas, I felt we played some great football, understood exactly what the manager wanted from us and particularly in the big games we did really well.

“We can take that as positives.

“It was the games we expected to win where we disappointed ourselves.

“We know what is expected of us and what we have to do and are positive and excited for the season.”

Manchester United are currently priced 6.00 to win next season’s Premier League title and quoted 21.00 in the Champions League outright betting.