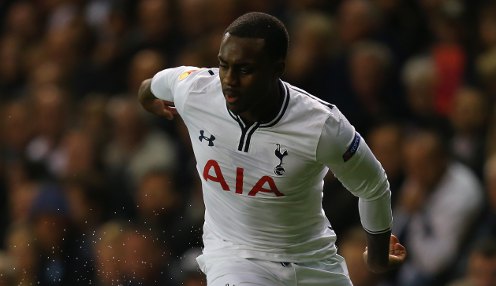 Loftus Road will be the stage for some reunions on Saturday afternoon as Queens Park Rangers manager Chris Ramsey faces old club Tottenham Hotspur with plenty of players in the Spurs squad who worked with Ramsey during his time at White Hart Lane.

Danny Rose in particular played under the QPR boss in the age group and development sides and then again when he moved up into the first team squad and he has confidence in Ramsey’s ability to keep Rangers in the Premier League.

He said: “He was a brilliant coach when he was here. His attention to detail was fantastic. He always concentrates on your passing. He would always demand your full concentration and I can see him doing very well at QPR.”

He was a brilliant coach when he was here. His attention to detail was fantastic.

Andros Townsend, Ryan Mason and Harry Kane are others who worked closely with Ramsey during his time at the club as they progressed through the youth ranks to become first team regulars under first Tim Sherwood and now Mauricio Pochettino.

Despite the praise they all have for Ramsey, his start as a Premier League manager has been a difficult one.

Though his QPR side managed to gain their first away points all season in a 2-0 win at Sunderland, his other three games in charge have all been defeats; against Southampton, Hull and Arsenal.

Back in the bottom three they are three points off safety after Aston Villa’s midweek win enabled them to climb out of the relegation places.

Ramsey’s job hasn’t been made any easier by a growing injury list with Nedum Onuoha joining Leroy Fer, Adel Taarabt, Alejandro Faurlin and Richard Dunne on the sidelines. Ramsey also has Joey Barton suspended for the Spurs game.

While Pochettino has no fresh injury concerns ahead of the short trip to Loftus Road, many of the squad were involved in the Capital One Cup final last weekend and the Swansea win in midweek so he may decide to rest one or two on Saturday.

QPR are priced at 1.40 to be relegated from the Premier League at the end of the season while Spurs, still pushing for a Champions League place, are 8.00 to finish in the top four.