Shaw keen to feature at Chelsea 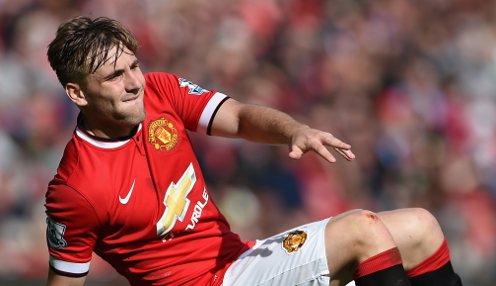 Luke Shaw hopes he will be given the opportunity to play for Manchester United at Chelsea on Sunday but admits it has been a frustrating season for him.

The 19-year-old enjoyed a superb 2013/14 campaign with Southampton and was sold to United last summer for £27million.

However, he was criticised by United boss Louis van Gaal before the season started for not being fit enough and has only managed to feature in 13 Premier League matches because of several injuries and inconsistent form.

It’s been a frustrating one because of the injuries I’ve picked up but I’m loving it.

He did feature in England’s friendly victory against Scotland five months ago but his red card in the 1-1 draw at West Ham United in February summed up his season.

Shaw has not featured in a Premier League match since the 2-1 defeat at Swansea City in February and admits it has been a difficult first season for him at Old Trafford.

“It’s been a frustrating one because of the injuries I’ve picked up but I’m loving it,” he said.

“If I was to write a school report on my first season here I’d give myself a C-. You don’t realise just how big Man United is until you’re actually here – it’s frightening! It is the biggest club around.

“I used to watch Chelsea every week. It was really good when I got to play at Stamford Bridge, I would say that’s my favourite away stadium to go to. Chelsea is one of the first games I look for when the new fixtures come out.”

United have won their last six matches, including Sunday’s 4-2 victory against Manchester City, and are 3.80 to beat Chelsea on Saturday evening.