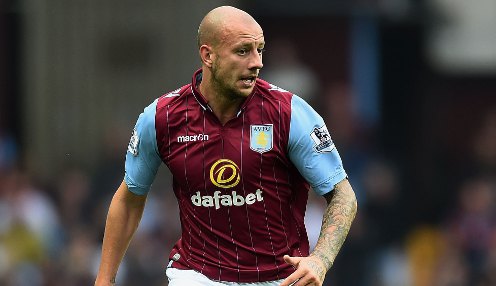 Alan Hutton picked up an injury in the first half at Old Trafford.

Tim Sherwood has admitted he may have to field a patched-up Aston Villa team for Tuesday’s crunch relegation battle against QPR.

Sherwood is determined to make the best out of the current injury crisis but insists it is a difficult time for the club.

The weekend results have left Villa only two points clear of the bottom three and they can be backed at 4.00 to be relegated this season, while QPR are 1.25 to go down.

The QPR game is massive and our aim is to be six points ahead of them after Tuesday night.

“Hopefully we can get a few more bodies back and that will give us a chance. The QPR game is massive and our aim is to be six points ahead of them after Tuesday night.”

Nathan Baker may have to play at left-back on Tuesday with Matt Lowton reverting to right-back in Hutton’s absence.