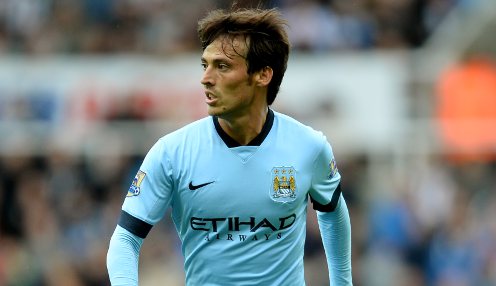 David Silva has already set his sights on Manchester City making a statement of intent when they face champions Chelsea in the second week of the Premier League season.

Despite having only just returned from his summer holidays for pre-season training, the Spain international is already looking to make sure the Citizens hit the ground running when the new campaign gets underway on 10th August.

That game is followed by a clash with Chelsea at the Etihad Stadium and Silva views that game as an important match-up having limply surrendered their Premier League title to the Blues last term.

Silva says it will be important to get a positive result from that game as he looks to deliver an early psychological blow to Jose Mourinho’s men.

He told Sky Sports: “Every year it is very difficult as there are very good teams, the competition is hard, every game is high level and we just try to do our best.

“We want to make a good start and then to take that advantage, get the minds prepared and to get ready for it.”

Manuel Pellegrini will be the man charged with making sure City dethrone Chelsea this season after the hierarchy at the Etihad decided to keep faith with the Chilean.

There was talk Pellegrini would be let go following a trophyless season for City but Silva is happy to see him return for the 2015/16 campaign, claiming his style of play suits him.

“He’s been our coach for two years and he is a coach who likes to play attacking football so for the attacking players it is very good and we want to keep playing that way,” he added.

City are 1.72 to win a major trophy next this season and can be backed at 26.00 to claim both the Premier League and FA Cup.