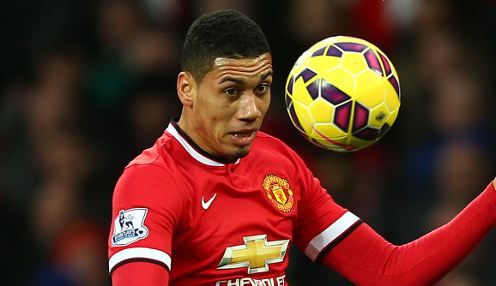 Manchester United’s Chris Smalling believes he and Phil Jones can make further progress in the heart of the defence for next season.

United are believed to be looking for a new experienced centre-back in the summer transfer window but Smalling feels he and Jones are making progress.

He said: “We have proven we can fill the gap.

“When you consider the outgoings at centre-back, players had to step in and luckily I’ve been one of those who has had a good run, especially in the second half of the season.

“It’s one where it just builds over time and we’ve had our chance this season and now it is all about building on that next season.”

Having had the fourth best defence in the Premier League last season, United will be hoping the likes of Smalling and Jones continue to impress, as they look to challenge the likes of Manchester City and Chelsea for the English crown.