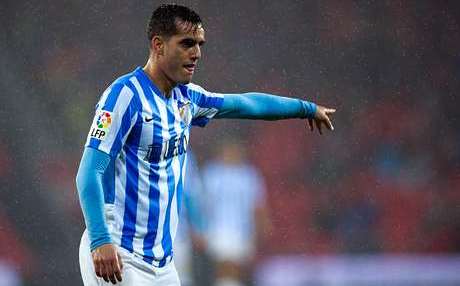 Juanmi has revealed that he has always dreamt of playing in the Premier League after signing a four-year contract with Southampton.

The 22-year-old striker moves to Ronald Koeman’s side, who are 3.25 to finish in the top six of the Premier League in the 2015/16 season and 1.28 to secure a top-half spot, from Malaga for a transfer fee in the region of £5million.

Juanmi has been with Malaga since 2008 and made his senior debut for the club in January 2010 in the Copa del Rey.

He has been a regular starter for Malaga in the last two years and earned his first Spain call-up in March, when he replaced Chelsea striker Diego Costa in the squad.

Since I was very young, it’s always been a dream for me to play in the Premier League.

Juanmi said: “It’s a pleasure to be here and I am looking forward to being a part of this club. I want to start as soon as possible. This is a big club and it has shown a lot of trust in me.

“Since I was very young, it’s always been a dream for me to play in the Premier League. The style of football played here is similar to the way I play, so it’s a dream come true. Now I just want to start playing and to start scoring goals.”