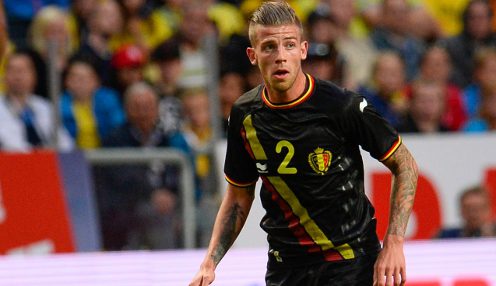 Toby Alderweireld says he is proud to have signed for Tottenham after completing his transfer to White Hart Lane from Atletico Madrid.

The Belgium international, who spent last season on loan at Southampton, has penned a five-year deal with Mauricio Pochettino’s side.

“I’m very proud to become a Spurs player,” said Alderweireld, who featured in 26 Premier League matches for Southampton in 2014/15.

“I’m very happy to be here and I hope to have a wonderful time with this team. From the beginning I knew a lot about the club from Jan Vertonghen, Mousa Dembele and Nacer Chadli.

“It’s a big club and it’s always been a dream to play at a club like Spurs. Now that dream is coming true so I’m very happy, very proud and I will give my best.”

Southampton thought they had a deal in place to sign the 26-year-old former Ajax man. Atletico had the chance to pay £1.5million to Saints to cancel the agreement but the Premier League side claim they did not do so in time and believe they should have had the chance to sign Alderweireld on a permanent basis.

Spurs are 7.00 to finish in the top four in 2015/16 and 1.57 to seal a top-six spot. They can also be backed at 5.00 to beat Manchester United at Old Trafford in their first Premier League match of the new season.