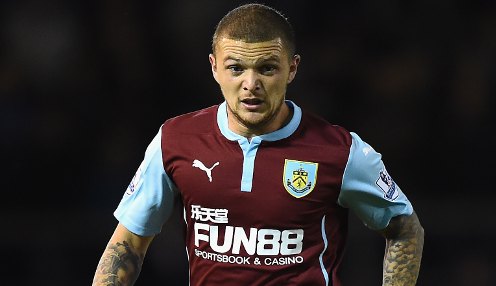 The 24-year-old heads to White Hart Lane for an undisclosed fee, having been a regular in a Clarets side who were unable to avoid relegation back to the Championship last season.

The time has come where he’d like to move on a bigger club.

Tripper, who initially joined Burnley on loan from Manchester City in August 2011, made nearly 200 appearances in all competitions for the Clarets and was a key member of the side who gained promotion in 2013/14.

Clarets boss Sean Dyche had earlier admitted that he would not stand in the way of Trippier, praising him for his efforts and approach during his four years in Turf Moor.

He told the club’s official website: “Everything that Kieran has stood for has been right for the club I think. The way he performs, conducts himself and the way he is as a person.

“A year ago he could have moved, but he stayed with Burnley for the Premier League season and we have to honour that with a bit of flexibility.

“The time has come where he’d like to move on a bigger club. It’s been a pleasure to work with him.”

Burnley can be backed at 5.50 to gain promotion next season, while they are 15.00 to win the Championship title.

Meanwhile, Spurs, finished in fifth place in the Premier League last season to qualify for the Europa League group stage.