Stoke wrap up van Ginkel and Given deals 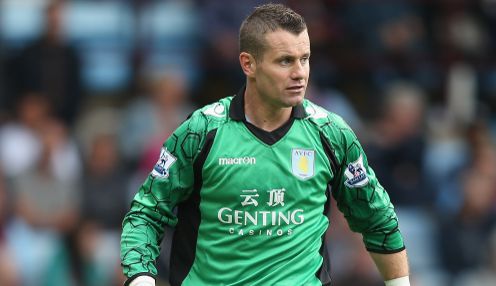 Stoke City have signed Marco van Ginkel on a season-long loan from Chelsea and experienced goalkeeper Shay Given on a two-year contract.

Central midfielder van Ginkel made only four appearances for the champions having joined the capital club from Vitesse Arnhem in 2013. He spent last season on loan with Serie A giants AC Milan, making 17 appearances.

“He will not only be a great asset on the pitch as an outstanding goalkeeper but he’s also a fantastic character to have in the dressing room and around the club – a true professional.”

Mark Hughes on Shay Given

The 22-year-old is expected to fly out to Singapore to meet-up with his new team-mates ahead of next week’s Barclays Asia Trophy.

Stoke manager Mark Hughes told the official club website: “Marco is the kind of player we have been looking to bring to the club. He will bring great energy to the side and is capable of scoring goals from midfield, as he showed during his time with Vitesse.

“I’m looking forward to him linking up with the squad in Singapore and getting the chance to work with him on the training ground and see him in action in the Barclays Asia Trophy.”

Given, 39, was released from the final year of his deal with Aston Villa to be reunited with Hughes, who he played under at Manchester City.

The Republic of Ireland international, who has 129 caps, is Stoke’s fifth signing of the summer after van Ginkel, defender Philipp Wollscheid, goalkeeper Jakob Haugaard and striker Joselu.

Hughes added: “I know Shay particularly well from our time together at Manchester City and I’m really looking forward to working with him again.

“He will not only be a great asset on the pitch as an outstanding goalkeeper but he’s also a fantastic character to have in the dressing room and around the club – a true professional.”

Stoke City are currently priced 2.10 to end the season in the top half of the Premier League and 13.00 to secure a top-six finish.