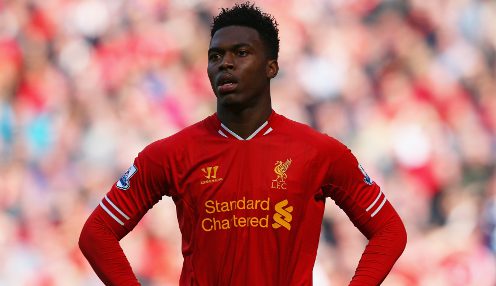 Liverpool manager Brendan Rodgers has questioned whether Daniel Sturridge will play again this season and reiterated his desire to sign a new striker.

The 25-year-old has been struggling to shake off hip and thigh injuries and has not played since the FA Cup quarter-final win over Blackburn at the start of April.

“It’s certainly an area we need to address come the summer. We have a top-class striker here in Daniel but he also needs help.”

Speaking ahead of Tuesday’s trip to the KC Stadium to take on relegation-threatened Hull City in the Premier League, Rodgers told reporters: “We’ll see if he’s going to be back this season or pre-season.”

The news follows an admission from Rodgers that a new striker is his top priority this summer. Sturridge has started only seven Premier League games this season and the Reds have struggled for goals following the sale of talismanic Uruguay striker Luis Suarez to Barcelona last summer.

“If you look at the numbers, at the same point last year, we had 90 goals. You’re nearly talking about a 100 per cent difference,” he said.

“Defensively we’ve been strong, despite what people write and say, we had a 14th clean sheet [in Saturday’s 0-0 draw at West Brom].

“We’re [in the] top five defensively in the league. But obviously the critical area, as it was when I first came, was goalscoring – and it’s something we need to improve.

“It’s certainly an area we need to address come the summer. We have a top-class striker here in Daniel but he also needs help.”

He added: “It’s been difficult, Daniel is a good lad who wants to play and work and help the team but it’s been one of those seasons for him.

“He’s been very unfortunate and we’ll have to monitor day-by-day and see where he’s at.

“When he’s been fit, he’s been brilliant, it’s just getting him back on a consistent basis. Whether that’s this season, or pre-season, has to be seen.”

Liverpool have scored 47 goals from 33 games so far this season in the Premier League – but ended last campaign as runners-up to champions Manchester City when scoring 101 goals.

The Anfield club have just five games left to try secure a top-four finish and qualification for the Champions League next season. They are seven points behind fourth-placed Manchester United but that gap will be closed if they beat Steve Bruce’s men.

Hull City are currently priced 4.33 in the match betting and the draw outcome is quoted 3.40. Liverpool are available to back at 2.00.