Szczesny happy to stay at Arsenal 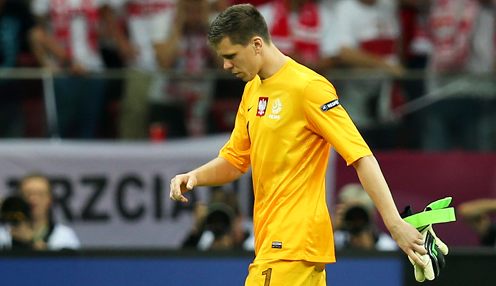 Poland international Wojciech Szczesny insists he has no plans to leave Arsenal even though he has found his first-team opportunities restricted this season.

The 25-year-old has not featured in a Premier League game for the Gunners since the New Year’s Day defeat to Southampton but did help Arsene Wenger’s side beat Aston Villa 4-0 in Saturday’s FA Cup final at Wembley.

Wenger has opted to start with David Ospina in goal in the Premier League in the second half of the season, while Chelsea shot-stopper Petr Cech is being linked with a summer transfer to Arsenal.

The media like to speculate, but I am happy where I am.

However, Szczesny, who has spent the last seven seasons in north London, starting 132 Premier League games for the club, said: “I am very grateful for the manager.

“He has been good with me over these last couple of months and has shown all the faith in the world in me and I am very thankful for the chance to play in the cup final and am very glad of a clean sheet.

“The media like to speculate, but I am happy where I am. I have got all the support in the world from the manager and I have fantastic relations with him, so you can stop the gossip now because I am here for good. I will stay.”