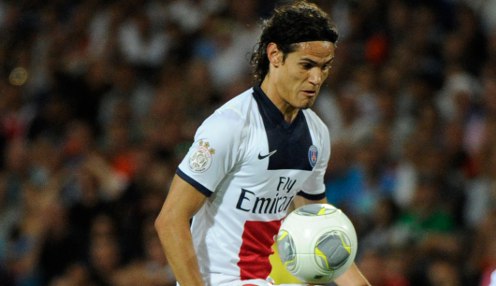 Manchester United manager Louis van Gaal has promised his summer spending spree will continue if he can find the right players in two key positions.

The former Netherlands coach has already made a big splash in the transfer market this summer by bringing in the likes of Bastian Schweinsteiger, Morgan Schneiderlin, Memphis Depay and Matteo Darmian.

“We need a balance in the selection and I think we still need to improve at least two positions and we shall do that when it is possible.”

When asked if he expects more players to arrive before the deadline at the end of August, van Gaal told MUTV: “I hope so. No, we are not finished yet, I think.”

Schneiderlin was on target as the former champions beat Mexican side Club America 1-0 at CenturyLink Field in Seattle on Friday in front of a crowd of 46,857. New recruits Depay and Darmian were also involved from the start, while Schweinsteiger was one of 11 changes for the second half as van Gaal’s men made a winning start to their pre-season tour of USA.

The 63-year-old revealed he still feels he is short in two key areas, specifically defence and attack.

The Old Trafford club have had a £28million bid for Real Madrid defender Sergio Ramos rejected and have also been credited with interests in Valencia’s Nicolas Otamendi and Everton’s John Stones.

Radamel Falcao and Robin van Persie have been let go this summer by van Gaal, who has been linked with moves for Paris Saint-Germain striker Edinson Cavani, Bayern Munich duo Thomas Muller and Robert Lewandowski and Tottenham star Harry Kane.

He added: “It is what I have said already in many press conferences. We need a balance in the selection and I think we still need to improve at least two positions and we shall do that when it is possible.

“But we shall only buy when the player can give a contribution to our level. And, of course, that is in the eyes of our staff, but I have to have confidence that he can cope with the rhythm of the Premier League.”