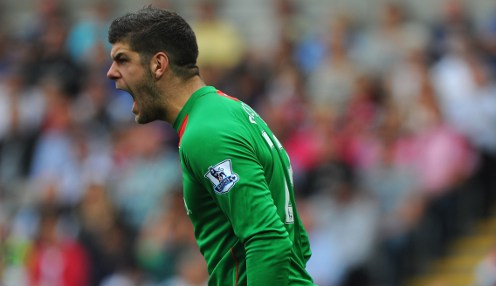 Southampton and England goalkeeper Fraser Forster will not play again this season and could be set for a year on the sidelines.

The former Celtic shot-stopper sustained serious damage to the patellar tendon in his left knee during Saturday’s 2-0 win against Burnley and has since endured a successful operation.

In a statement, Saints said: “Southampton Football Club can confirm that Fraser Forster has successfully undergone surgery on the knee injury he suffered during Saturday’s win over Burnley.

“A scan on Monday showed that the goalkeeper had suffered damage to his left patellar tendon, with the injury and resultant surgery ruling him out for the remainder of this season.

“A longer-term prediction of when Forster will return to action will be made following further assessment once the effects of his operation have settled down.”

Forster has played in all 30 of Southampton’s Premier League games this season, keeping 13 clean sheets, the best record in the top-flight.

He has been capped three times by England and was replaced by Kelvin Davis against the Clarets.