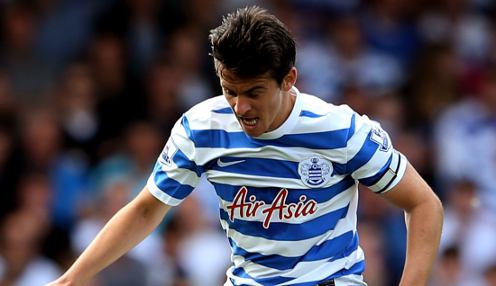 Joey Barton has criticised some of his QPR team-mates before the club’s Premier League match against Manchester City on Sunday.

QPR are on the verge of being relegated just 12 months after clinching promotion from the Championship by beating Derby County in the play-off final.

They have struggled all season and there has been no upturn in their form since Chris Ramsey replaced Harry Redknapp in the Loftus Road hot-seat.

Former Manchester City midfielder Barton said: “There’s a few people who need to have a good look at themselves. Whatever happens on Sunday and the next two games, you have to be able to look at yourself in the mirror and say I did everything I can. Some people haven’t done that.

“On the whole, the dressing room has turned up and given everything. One or two bad eggs have spoiled it. If it had been done my way, they would have been out of the building straight away.”

QPR are 41.00 to beat Manchester City 1-0 on Sunday with Barton available at 13.00 to score at any time in the encounter.