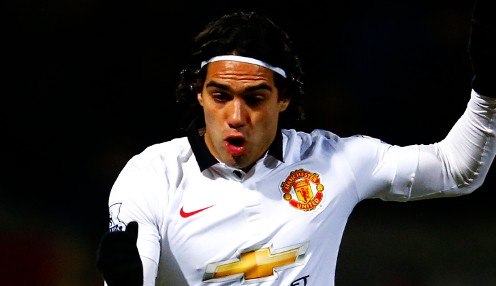 Colombia international Radamel Falcao will not be handed a permanent deal by Manchester United after enduring a difficult season at Old Trafford.

Falcao moved to United on a season-long loan agreement from Monaco last summer but only managed to score four goals in 29 matches for Louis van Gaal’s team and who missed Sunday’s 0-0 draw with Hull City because of injury.

United have opted not to take up the option to buy the 29-year-old, whose last goal for the club came against Leicester City almost four months ago.

“Falcao is a top professional and a good human being. I would like to wish him well for the future,” van Gaal told the club’s official website.

Falcao is a top professional and a good human being. I would like to wish him well for the future.

The former Porto and Atletico Madrid striker missed last summer’s World Cup in Brazil because of a serious knee injury and still does not appear to have fully recovered from the problem.

Van Gaal is set for a busy summer of transfer activity, adding after the stalemate at the KC Stadium: “I am the manager. I have to decide which players are to go and which have to come. That is a process. It is not so easy. It is waiting for clubs to agree or not.”

Goalkeeper David de Gea, who is being linked with a summer switch to Real Madrid, missed the Hull game because of a hamstring injury.