Van Persie out for at least two weeks 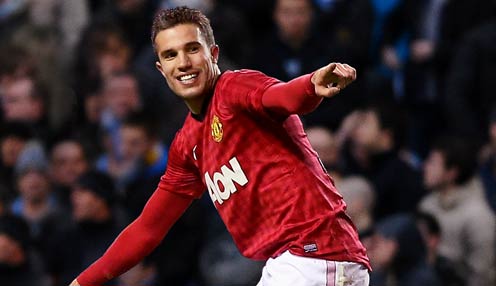 Manchester United manager Louis van Gaal has said striker Robin van Persie will be out for at least two weeks because of an ankle injury.

The 31-year-old suffered the problem when falling awkwardly in the 2-1 defeat by Swansea City last Saturday and left the Liberty Stadium on crutches with his right foot in a protective cast.

Van Gaal said he did not expect his countryman to be out for a lengthy period but he will miss the visit to Old Trafford of Sunderland on Saturday.

“He is injured,” the former Netherlands coach told reporters. “It is an ankle problem. I do not think it is very heavy but ankle problems can take a long time.

“It is not one or two weeks”

The news means loan signing Radamel Falcao, who has scored only four goals since arriving in England from Monaco, could start ahead of the former Arsenal favourite.

“The possibility is higher of course because when a striker is away another has to play,” van Gaal added.

Van Gaal also said the former champions had no hesitation handing 20-year-old academy graduate Tyler Blackett a new contract until 2017, with the option to extend a further year.

“When I came here there they told me that they wanted to have more youth academy players in the first-team and also there is the rule in the Premier League that you must have a certain amount of players in your own squad – that is also important,” said the former Bayern Munich and Barcelona coach.

“I am happy that we can sign players from our youth academy and our players are very popular.

“We also have a lot of youngsters out on loan and we can pick and select the clubs where the players can play every week.

“That is a strategy. I believe in players that you have educated in your own youth academy – maybe that is the reason I am sat here.”

Manchester United are currently priced 1.80 to finish in the top four of the Premier League at the end of the season.